Click on book image below to purchase Maya Roads on Amazon.com. 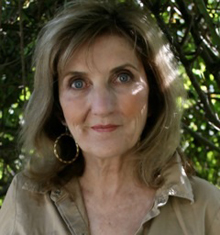 Mary Jo is the author of Maya Roads, One Woman's Journey Among the People of the Rainforest, winner of the prestigious Northern California Book Award for Best Creative Nonfiction, and named a Book of the Month by National Geographic Traveler Magazine, which called Maya Roads "an extraordinary literary journey, and a moving testament to a region and a life." Recently, Maya Roads received a IPPY (Independent Publisher's Award) for Best Travel Essay Book as well as three USA Book News International Book Awards for best Autobiography/Memoir, Best New Nonfiction, and Best Travel Essay Book. Most recently Mary Jo was named the Lowell Thomas Travel Journalist of the Year, an award equivalent to the Pulitzer Prize in the genre. Her new ebook, Ricochet, Two women war reporters and a friendship under fire, has recently been released to rave reviews (http://tinyurl.com/pslk3hx).

Mary Jo has led a full-time writer's life, working as a journalist for newspapers covering war, environment, politics, personalities and women's issues, her magazine pieces are in Vogue, Time, Newsweek, Rolling Stone, the Los Angeles Times Magazine and many others. Mary Jo began freelancing in Mexico; became a staff reporter for the Arab News, in Saudi Arabia; and reported for the Paris-based International Herald Tribune, and London-based economic magazines. She covered the Central American insurgencies for a decade for Pacific News Service, and U.S. newspapers such as the San Francisco Examiner and Chronicle.

Mary Jo has also worked as an editor, and taught magazine writing at the University of California Extension in San Francisco. Mary Jo's stories are featured in Best Women's Travel Writing, and Best Travel Writing 2011, both from Travelers' Tales. She has received two Solas Travel Writing Awards, including First Place Gold in the category "Food and Travel," as well as recognition from Go Nomad for "Navigating a Hypercity: San Paulo", a story they named as one of their top ten for 2012. Her recent coverage of the Guatemala genocide trial received the first place award for Best News Writing, International Event, from the Catholic Press Assn. of the United States and Canada. Mary Jo's new book, Tango War, The Struggle between the Allies and the Axis for Latin America during World War II is coming from MacMillan in 2017.

When Mary Jo was a child, her parents took her and her five siblings all over the West, sleeping in tents, awed by the beauty of canyons, desert and mountains. Traveling became a need for her. Mary Jo has been fortunate enough to have lived in several countries -- Italy, Guatemala, Saudi Arabia, Mexico, Honduras and El Salvador - and traveled in more than fifty others.

Mary Jo is currently finishing a manuscript for a book-length personal narrative, Jaguar House: A Year of Love and War. It's about a single dramatic year as a war correspondent in Central America, when she had to choose between family and the career she loves.

She writes every day.